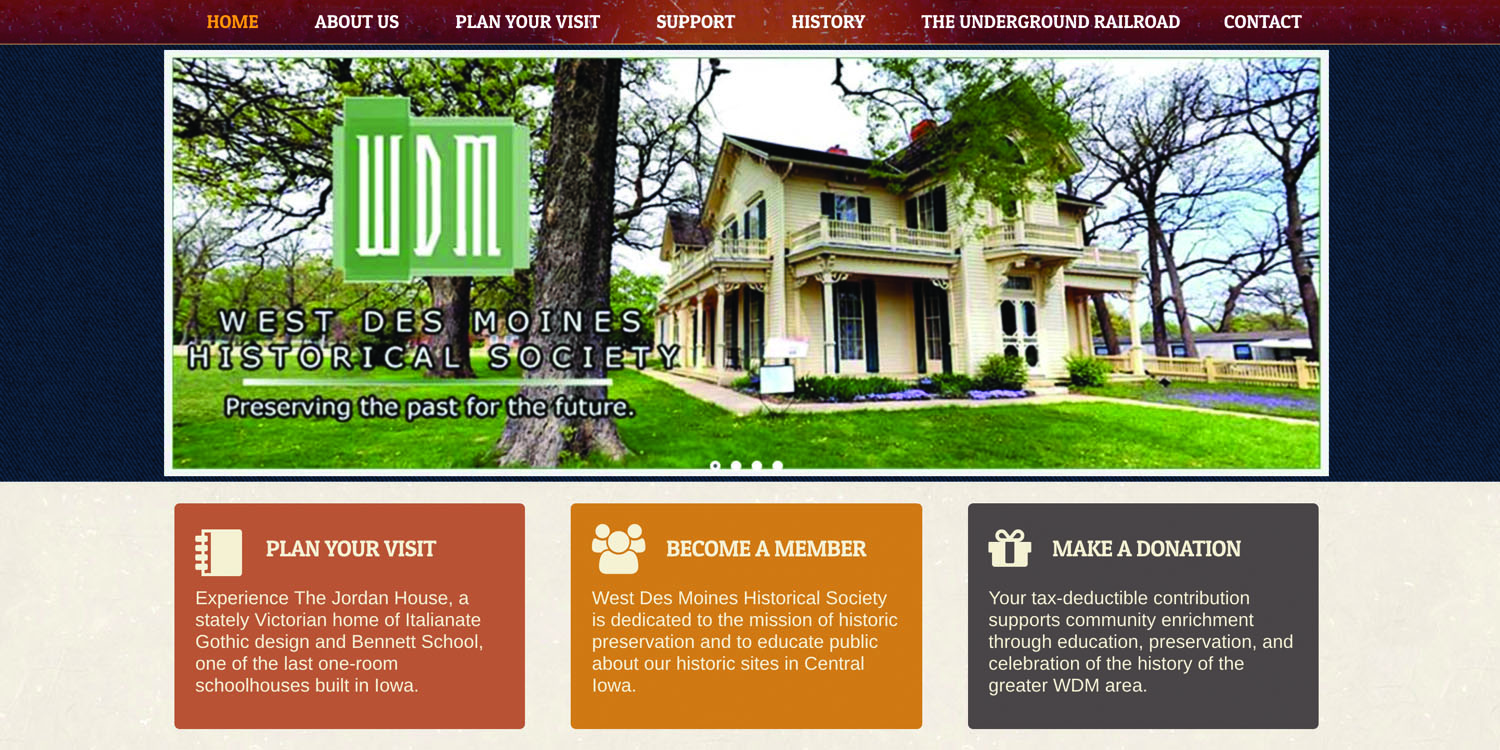 The West Des Moines Historical Society is a 501(c)3 volunteer-based organization dedicated to community enrichment through education, preservation, and celebration of the history and the heritage of the greater West Des Moines area and its environs.